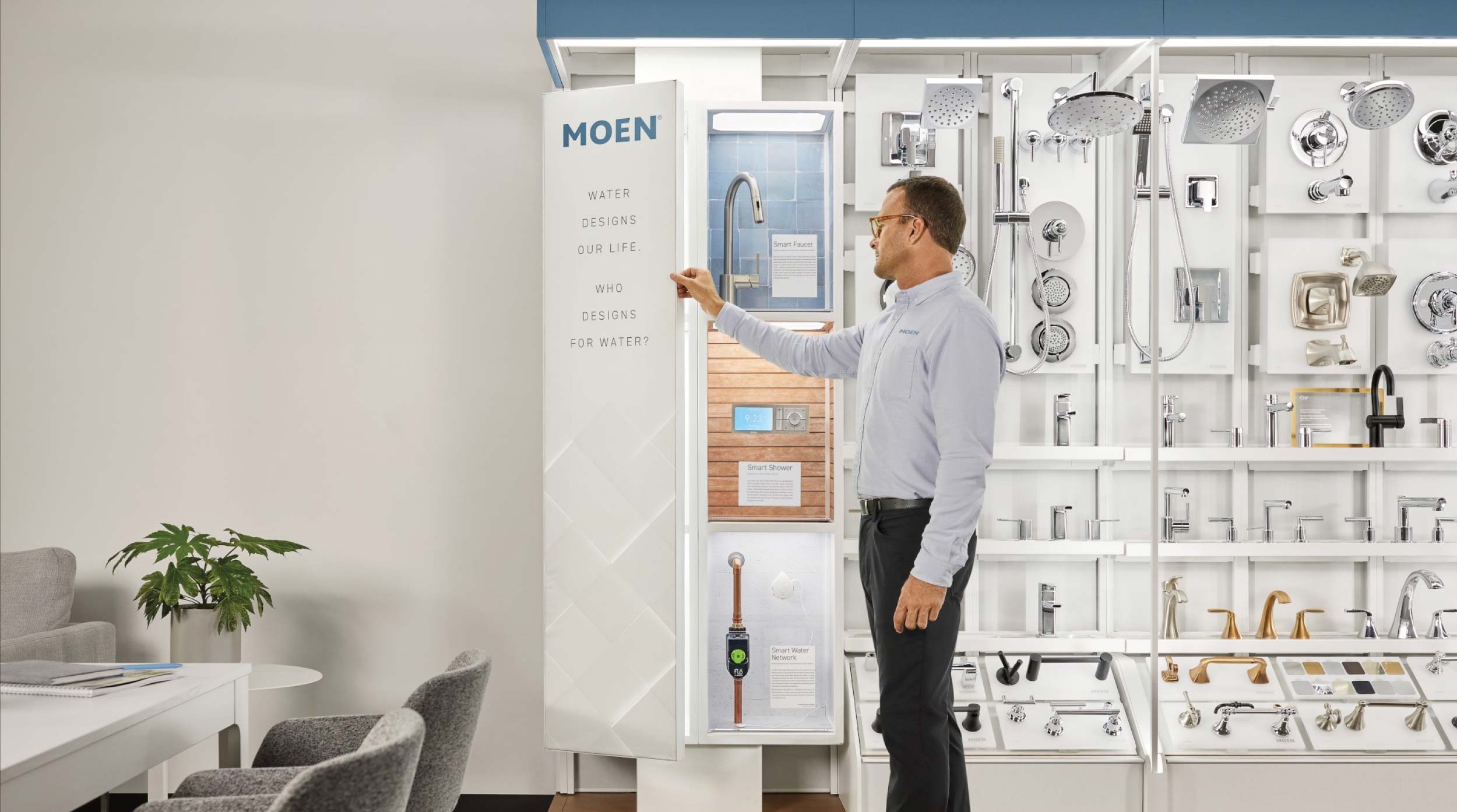 Moen is a human-centered brand that designs products that make everyday tasks a little easier.

Darko was called on by Moen marketing team to produce a Gallery display for their dealer showrooms of across the country.

So we worked closely with Moen to develop a multi-year scalable design solution that had to be modular and hold existing current product pods already in the field and have a sense of timelessness to make Moen product stand out and be the hero.

... YOU KNOW, THE JUICY STUFF
Engineered for Modularity
Designed to Engage

Moen showrooms were in need of a complete overhaul. And not just a couple of them – 2,600 locations nationwide. The problem was that shoppers weren’t engaging with the displays in a sustained and meaningful way. This led to lower sales, of course, but it also meant that the overall perception of their brand was being damaged. They needed a fix, and fast.

To highlight and move priority products in customer showrooms.

We needed to help bring shoppers back to their showrooms and get them engaged. What we discovered was, showrooms were dated and in some cases, poorly lit. Details were hard to see and were not appealing. From the beginning, and due to the need to make this happen quick, we knew we needed a modular design system.

Let’s be real, this was not small feat, but we’ve been down this retail road before and came in with a plan that could show their products in a whole new light.

Now comes the fun stuff
Beauty is in the details 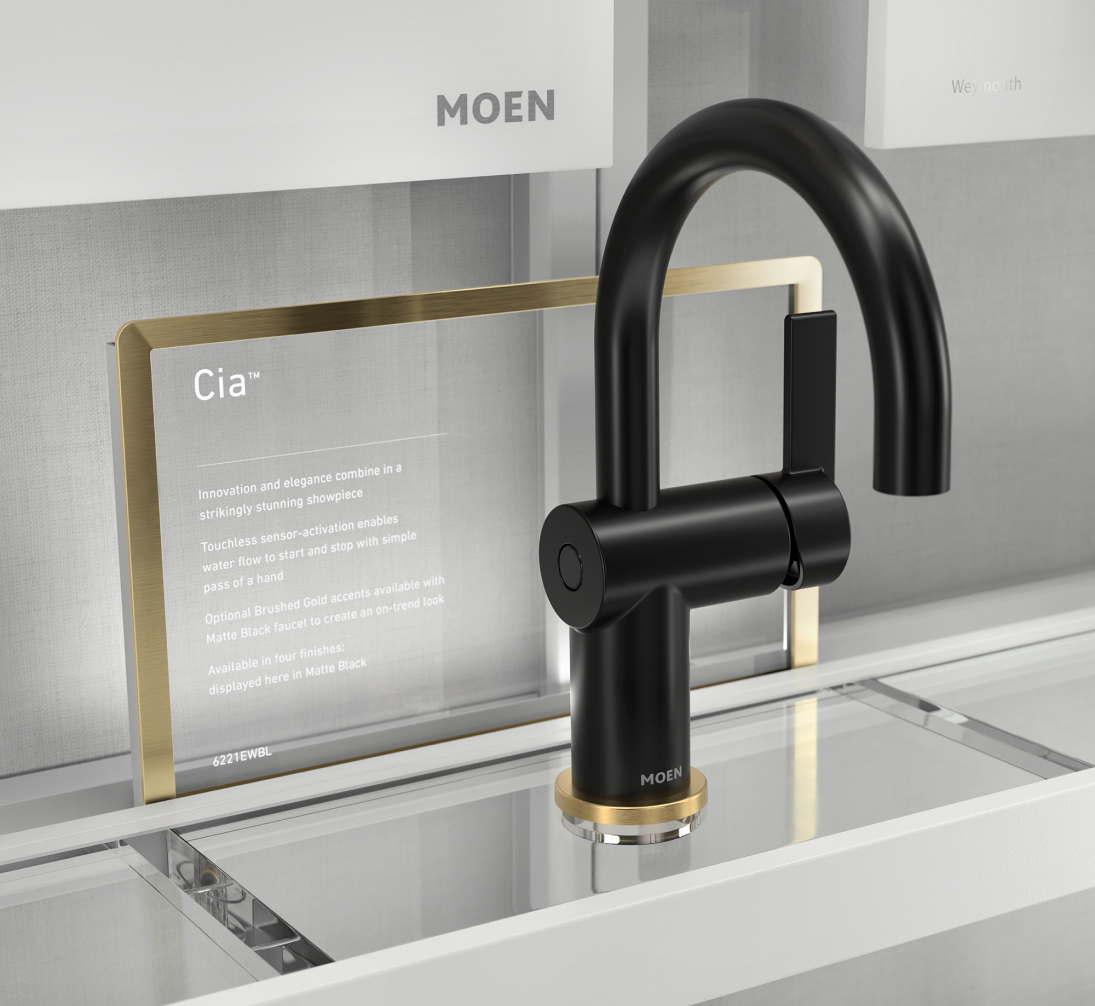 Timeless aesthetics through the use premium materials 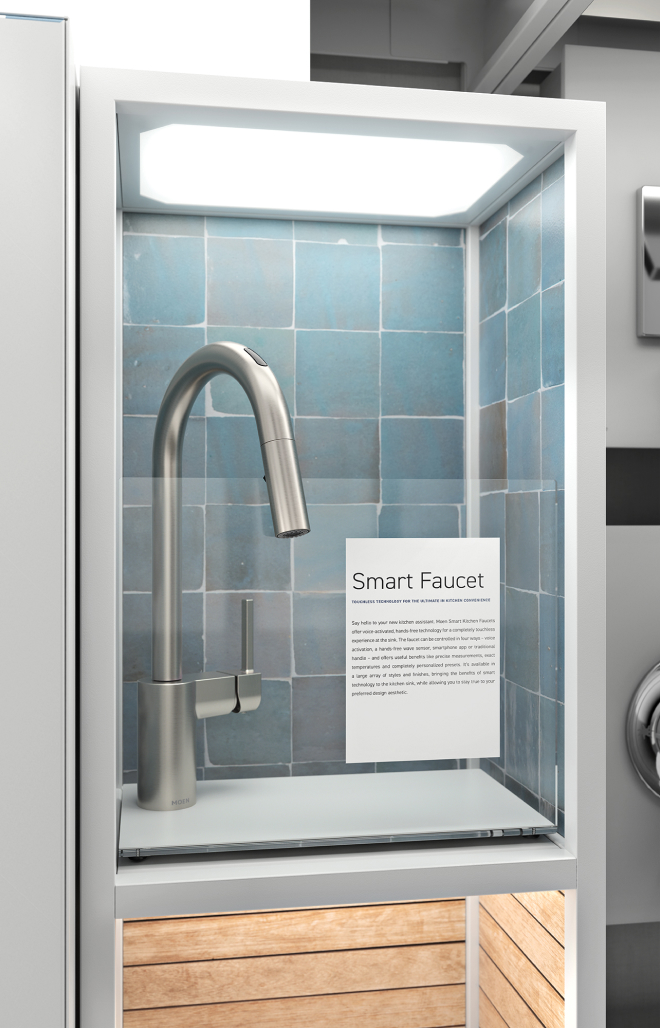 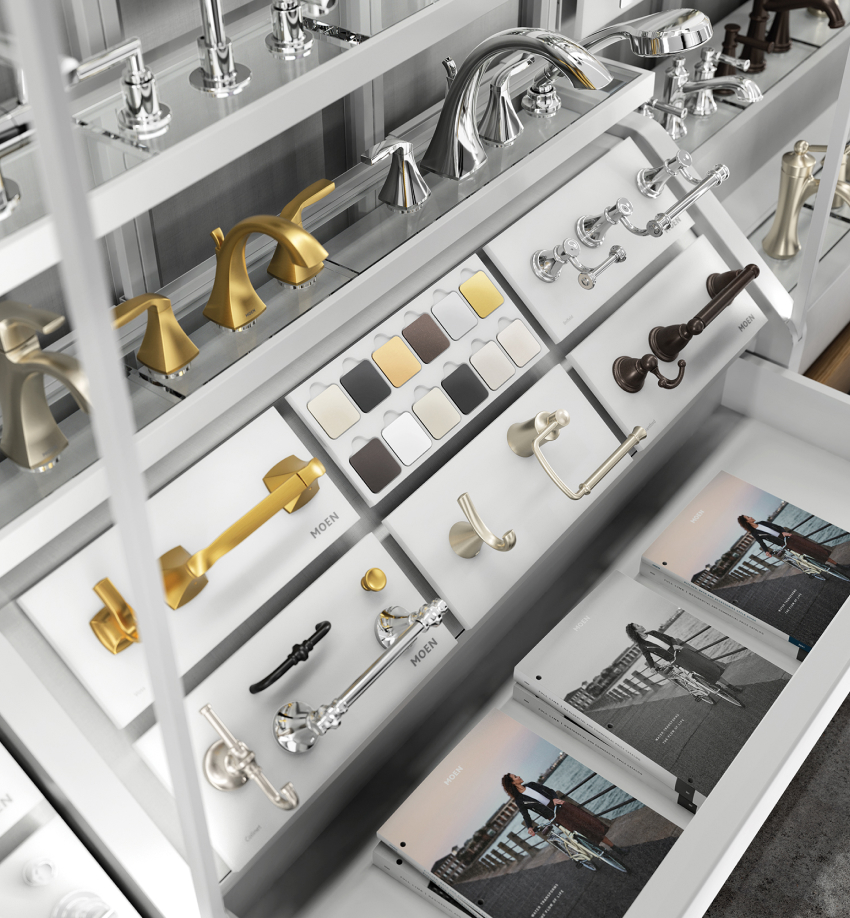 Angled panels were designed to create a better shopper experience 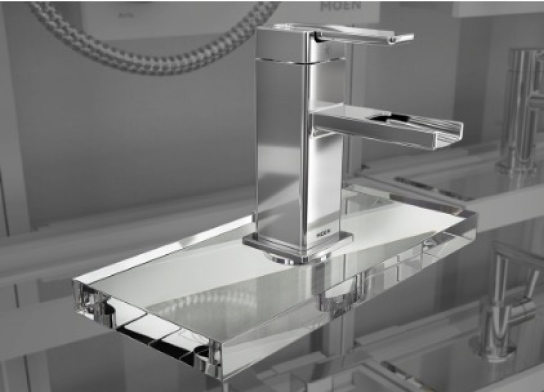 Innovating for the Innovators 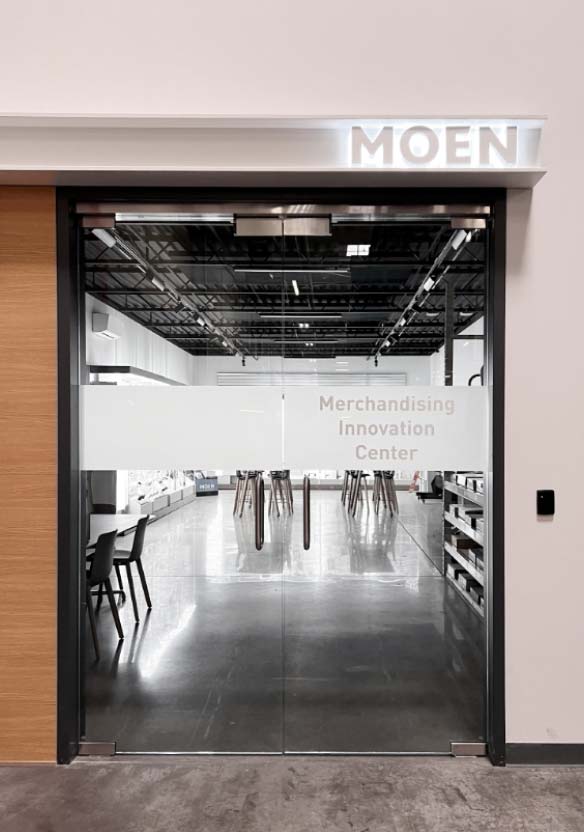 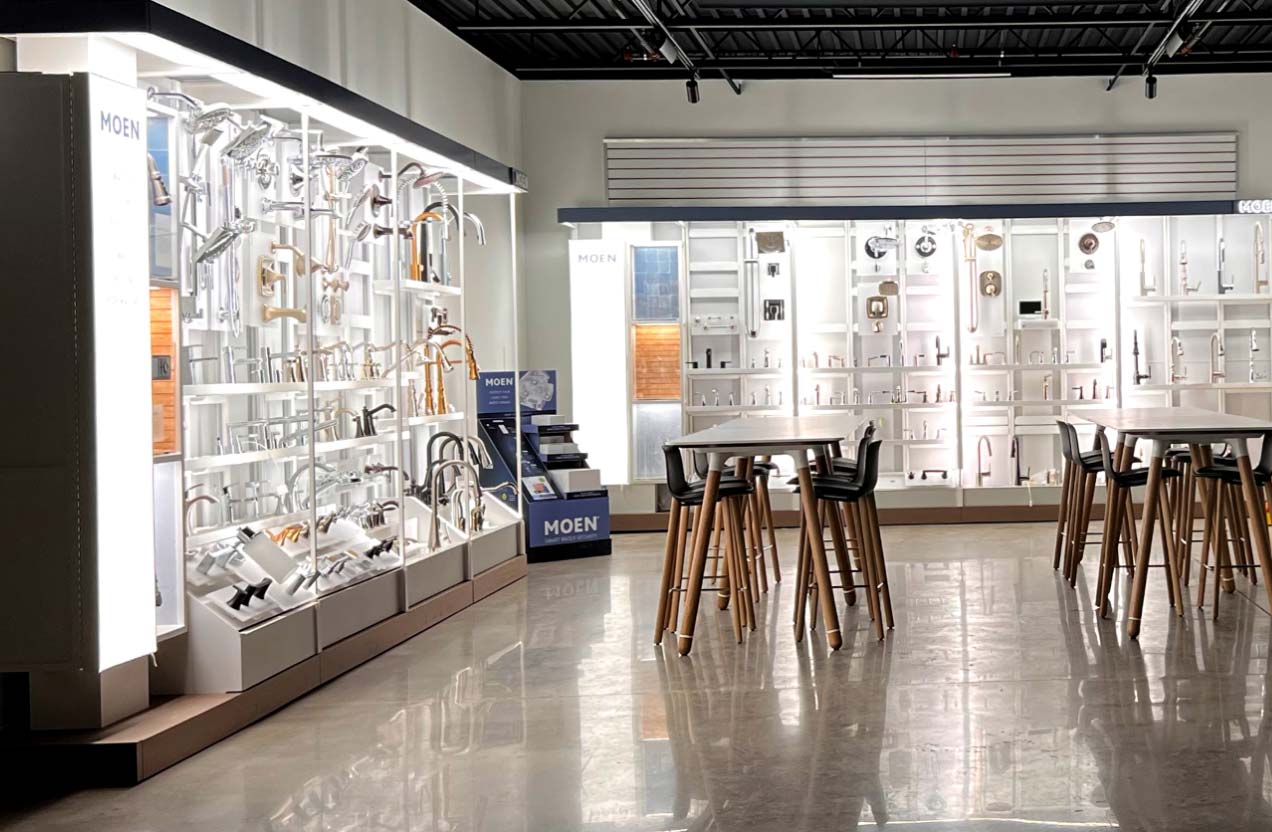 Working in our 30,000 sq/ft dedicated client innovation center, we built, tested, and refined their showroom designs to ensure they worked for today’s needs and tomorrow’s changes.

Love these interactive displays and how they highlight the awesome features of the Moen Smart Faucet. 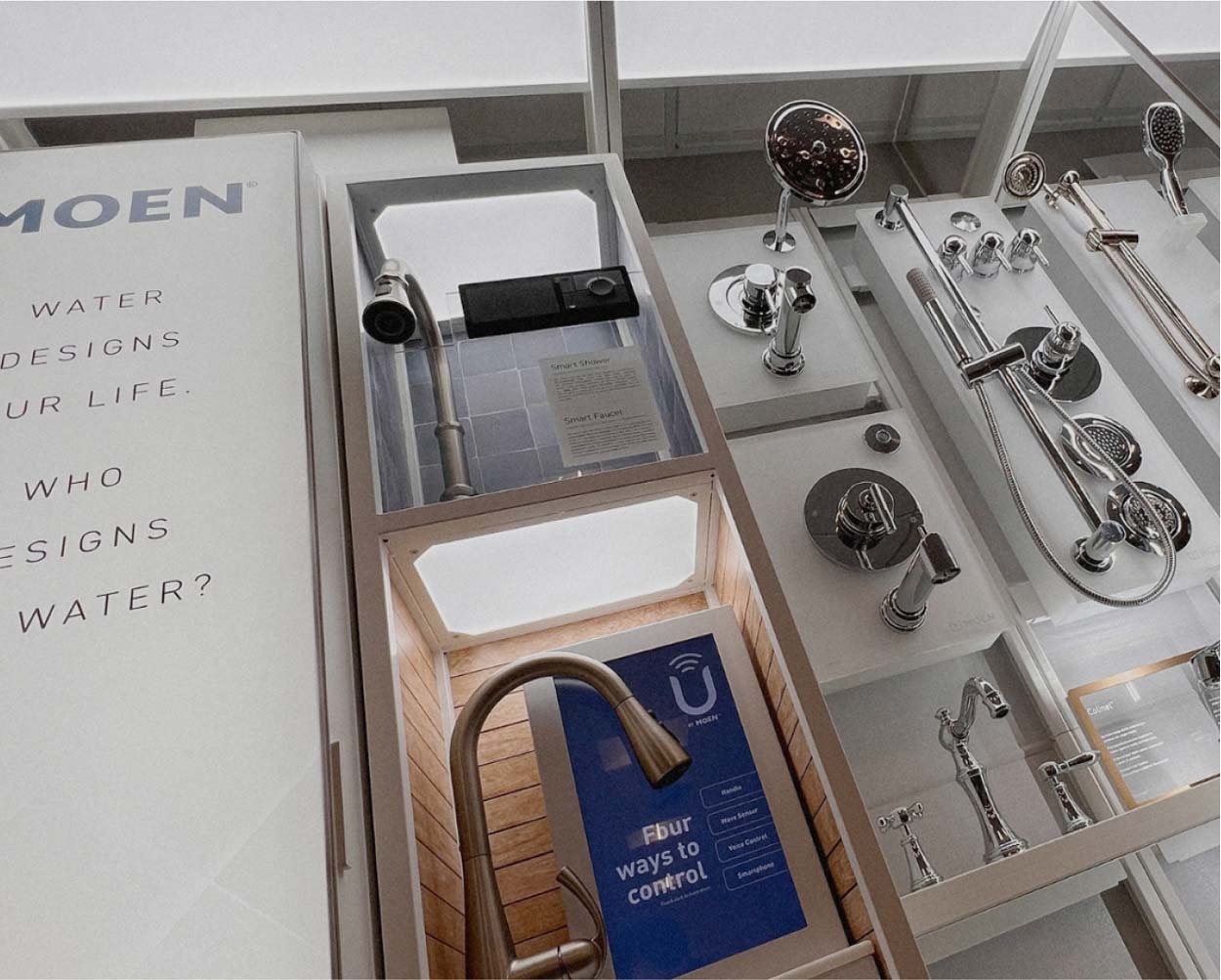 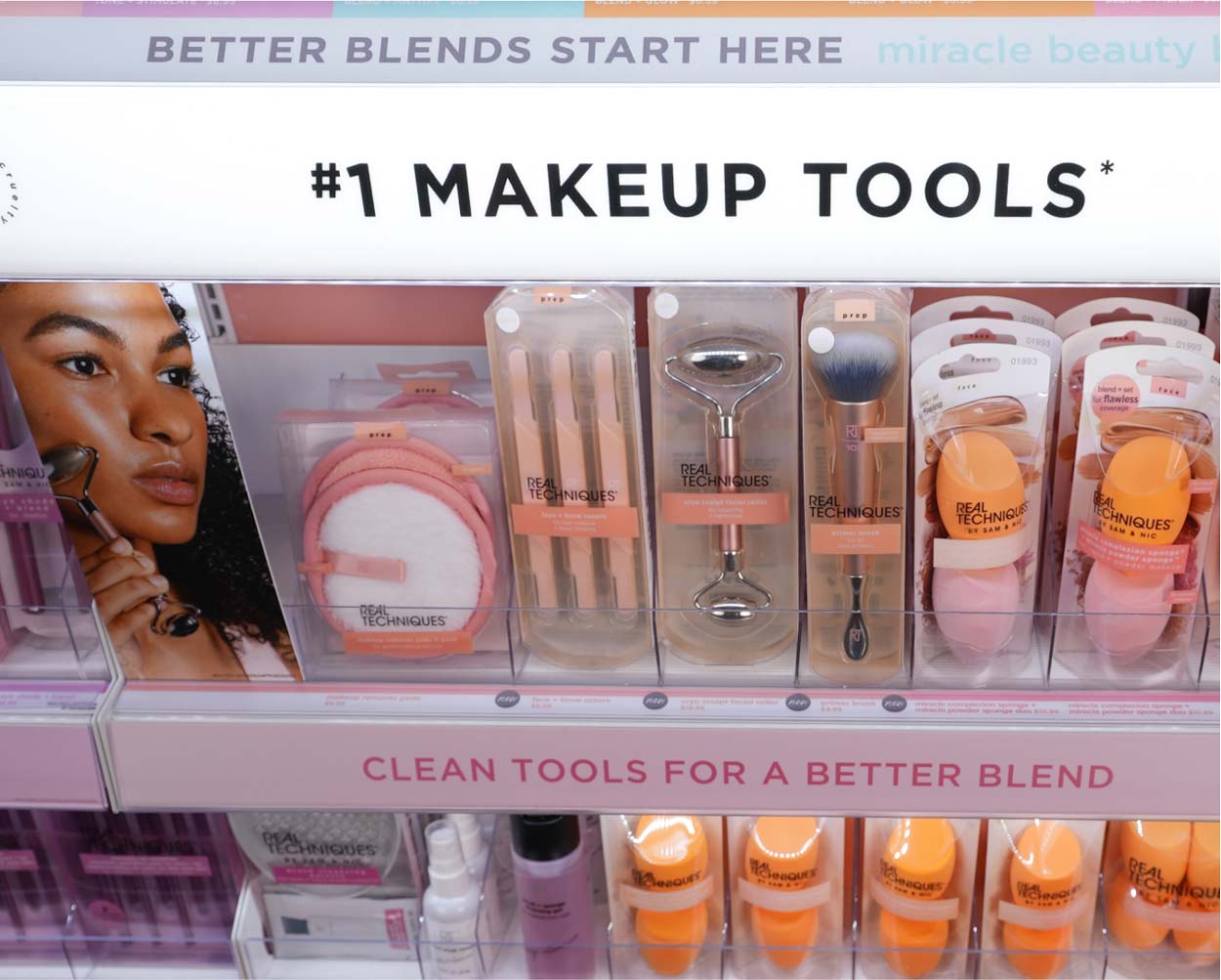 From beast to beauty, see how we brought focus to unique beauty tools from an exciting beauty company 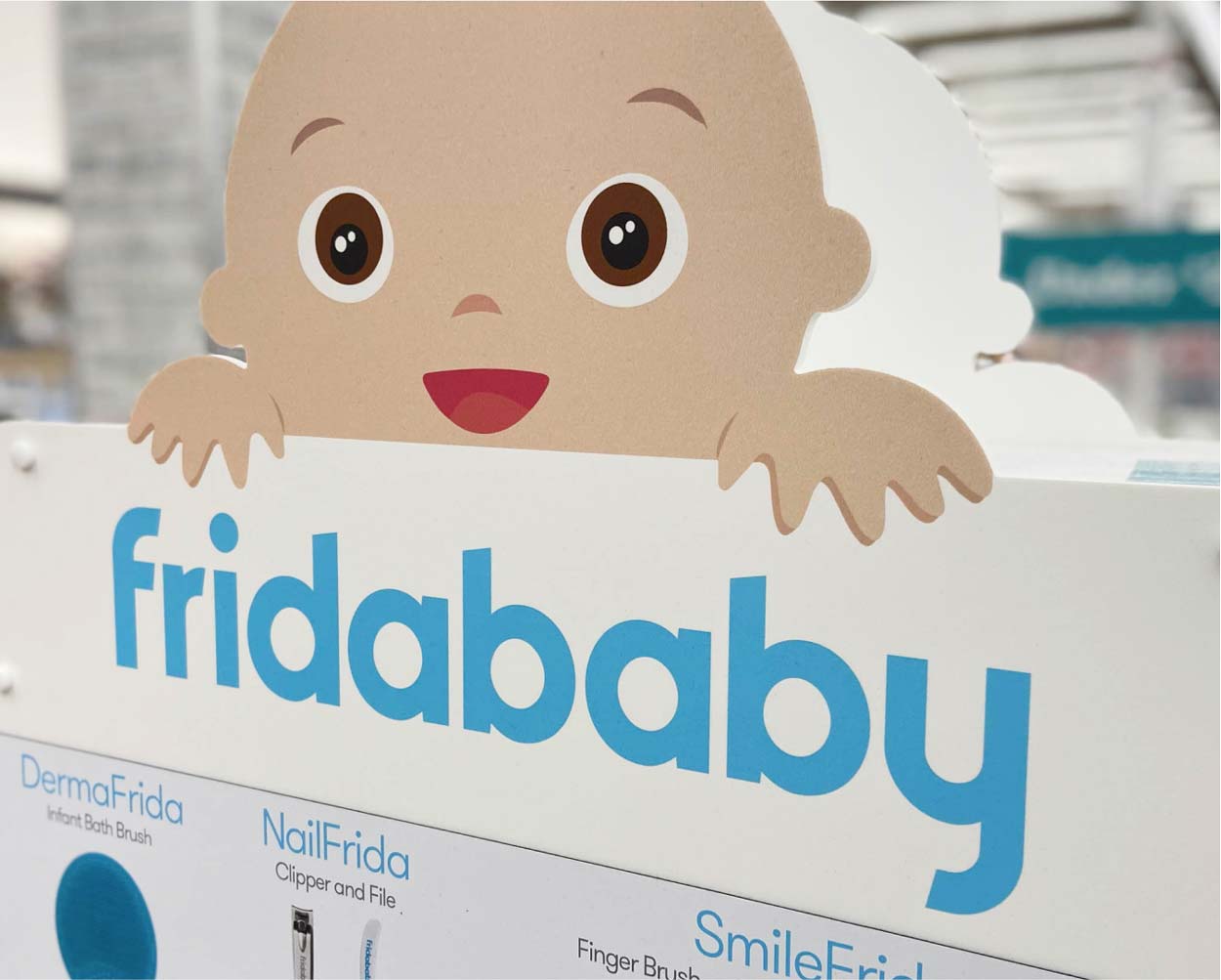 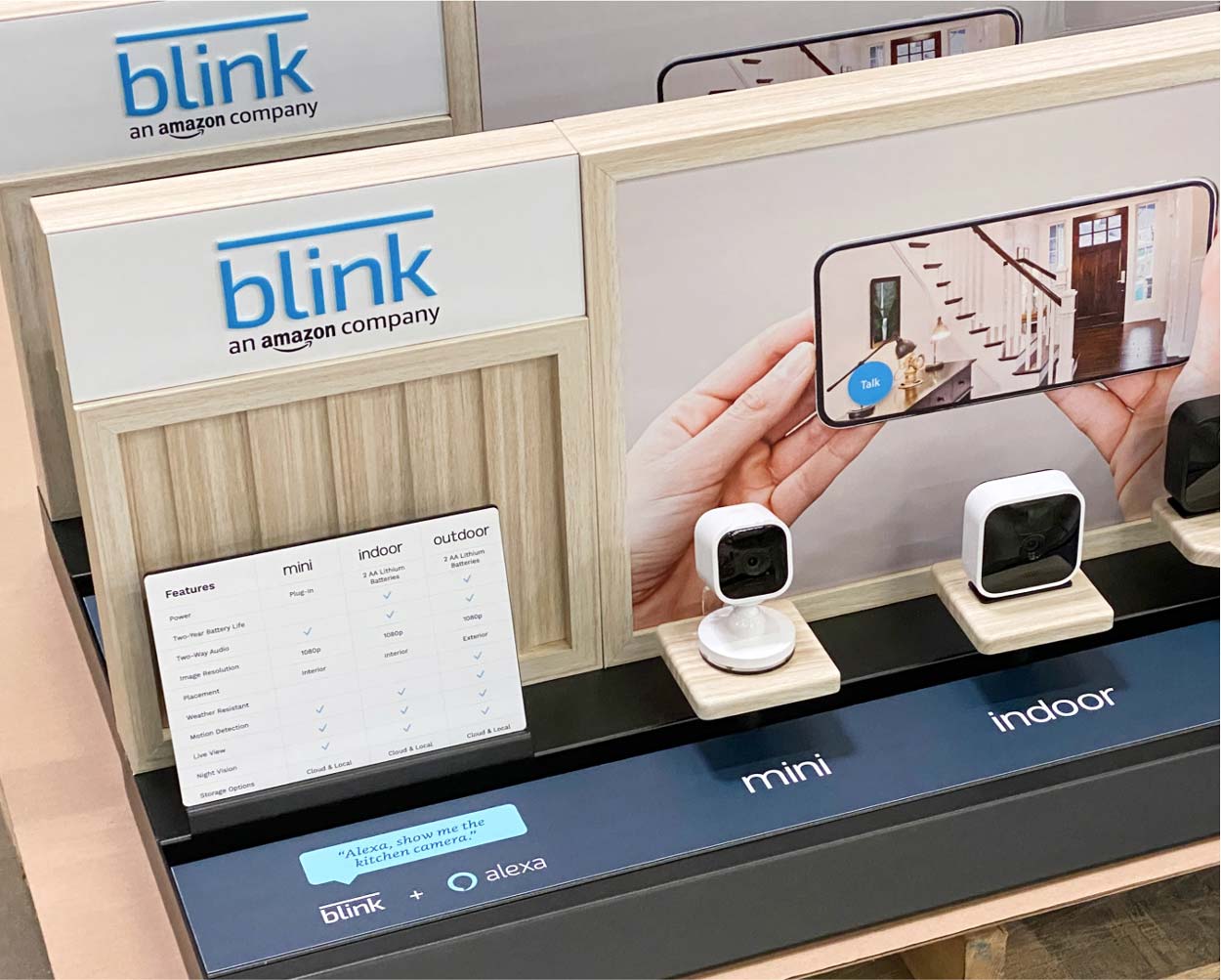 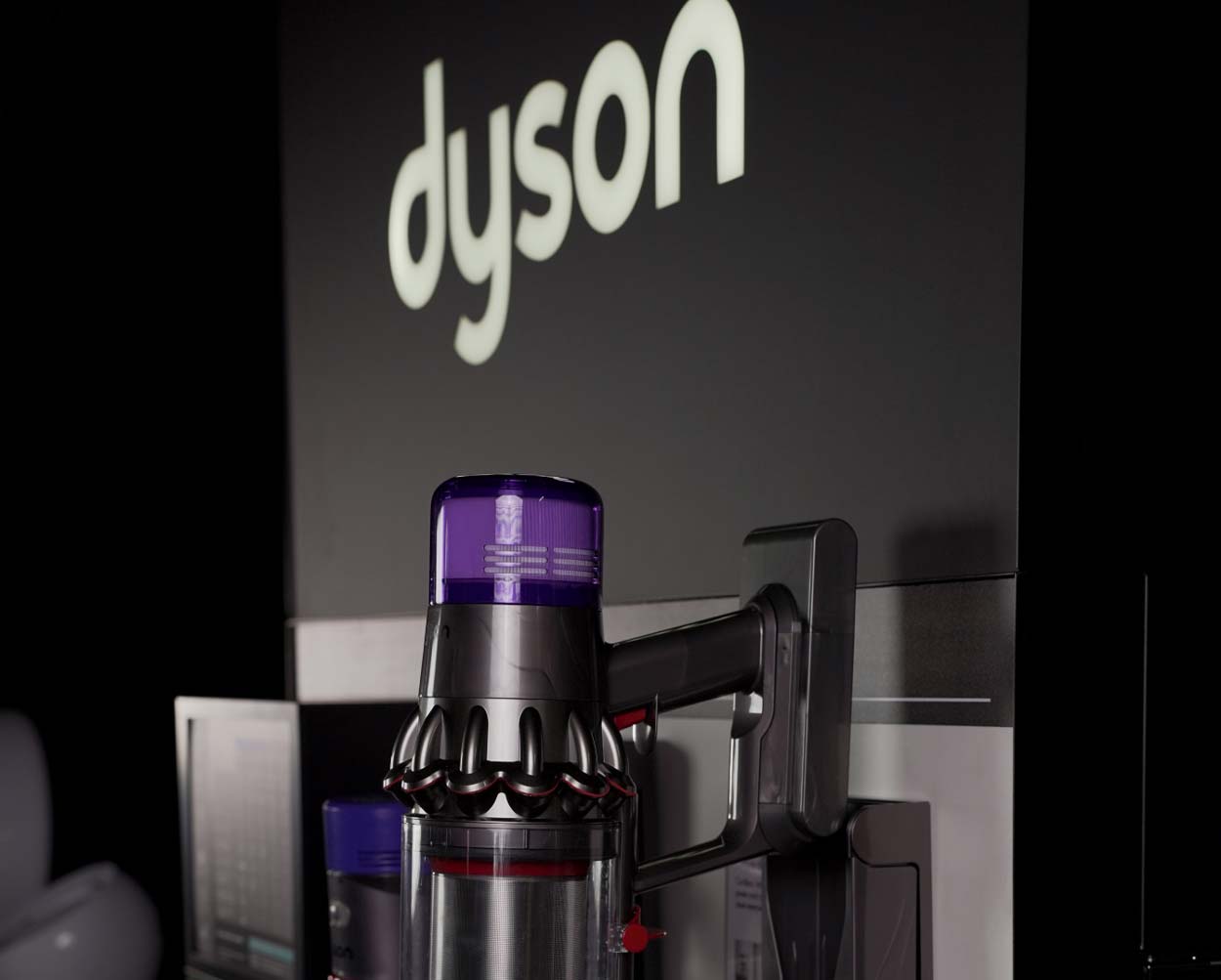 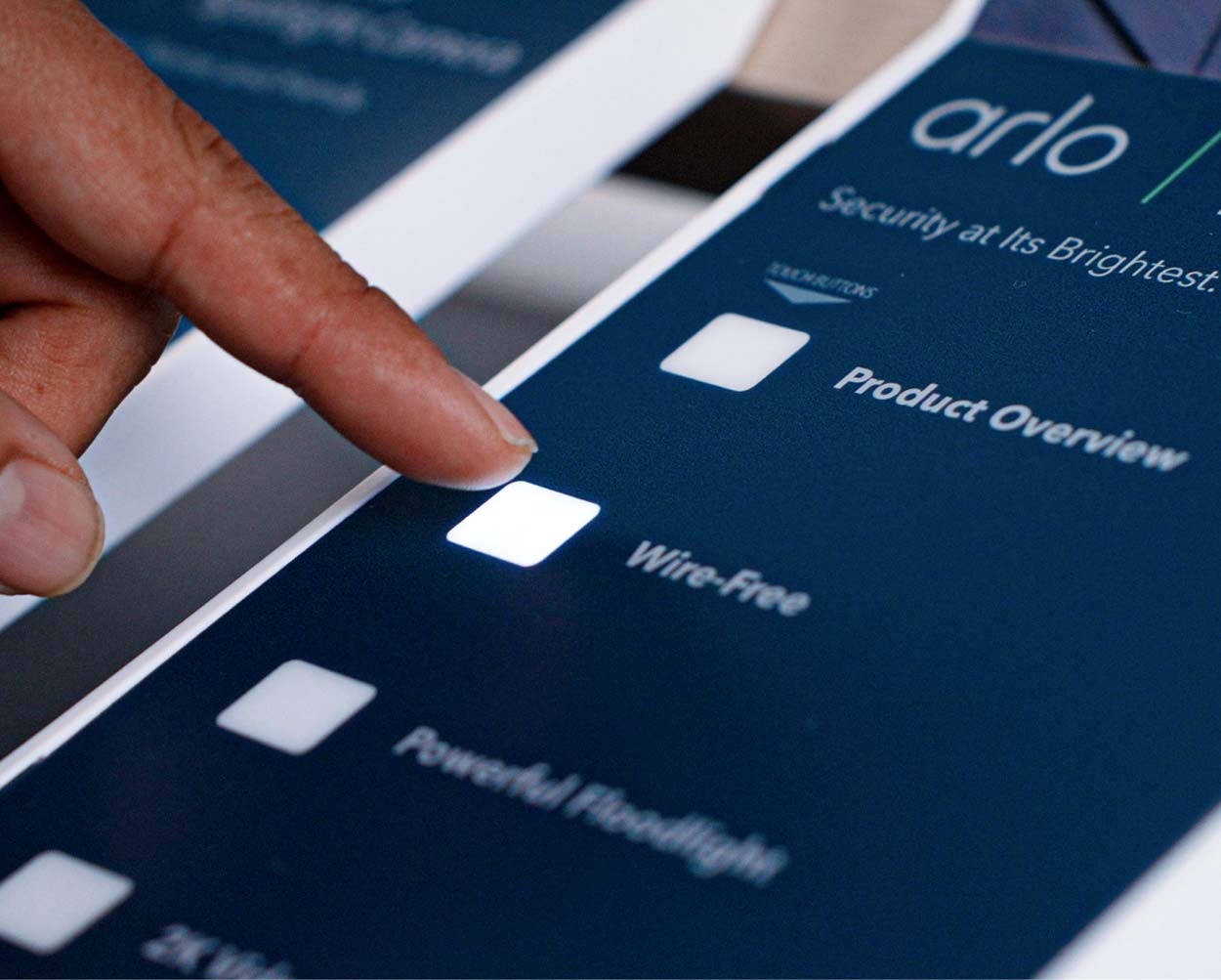